Posted on December 27, 2020 by AlegisDownport

Now we are in that twilight zone-like middle period between Christmas and the New Year, I wanted to write a feature on one of the most popular reviews on the ‘Downport blog: Zozer Games ‘Hostile’. This Cepheus Engine-compatible setting looks to have been a big seller and well-regarded product for Zozer and Paul Elliott. I thought I would do a round up of the current product range at the moment in case you were thinking of paying a visit to the Hostile universe…

Please note prices are correct at time of writing for the PDF version of the books on DriveThru RPG (excluding discounts). However Zozer is offering all Hostile PDF products for sale at a 30% discount at the moment. This lasts for 12 days, from 24th December 2020 through to the 4th of January 2021.

Books that are included in the same are:

Of course, all of the products listed below can be utilised independently in your own campaign setting based around the Cepheus Engine rules set.

This book provides the setting for the Hostile universe; set in the near future it offers role playing in a background inspired by films such as ‘Alien’ or ‘Outland’. Space is harsh and difficult; players take the part of Roughnecks, Marines or Miners trying to make a decent wage, but sometimes things or horrors are encountered which are quite literally not of this world…

Please note that this is a setting only and a copy of the Cepheus Engine rules is required to play. For a more detailed look at the core rules, why not check out my review from earlier this year. There is discussion however around a fully integrated rulebook and setting book, which will hopefully be released soon – watch this space!

You can buy the PDF from Drivethru RPG, but if you want a hard copy book, hop over to Lulu.com. I would like to note it is worth checking out the Lulu.com links first if you intend to buy a print copy as well as a PDF edition, as you may be able to claim a free copy of the PDF once you have purchased the print version. Please check each product page for detail on what offer is available.

Though not a directly-linked Hostile setting supplement, Alien Breeds works well within Hostile and can also be used with any other Cepheus Engine SF RPG. The book details a species of alien predator, not too unlike the Alien found in the films of the same name. Also included is a small colony installation and an adventure. This book is available from Lulu.com in print format.

This is a complete starship book, detailing the 5000 ton Colonial Support Vessel ‘Argosy’ manufactured by Tharsis Aerospace. It includes more than twenty pages of deck plans, variants of the ship, walk-through, support vehicles and two scenario outlines. Print version can be found at Lulu.com.

A campaign supplement detailing the nuts and bolts for haulage crews to ship cargoes to destinations. It is not a set of ‘space trading’ rules, but more about the process of getting the goods where they need to be and meeting the deadline – the adventure is developed along the way. Includes a 1000 ton starship, NPCs, rules for interstellar haulage and plenty more background on the companies and routes employed shipping good between the stars. Available from Lulu.com in print format.

Dirtside is a supplement that provides a complete background for surviving in the wilderness on alien worlds. Several environments are provided, describing the types of terrain, atmosphere and obstacles and how adventurers can overcome them. There are also a number of encounter tables and events – this reminds me a bit of the Classic Traveller adventure Marooned / Marooned Alone. I reviewed Dirtside back in August 2019; the product is also available in print form at Lulu.com.

Escape pods, shuttles, dropships are all essential craft which are needed to help crews get to where they need to be, or as a means of escape when things go badly wrong. The supplement includes deckplans and descriptions for eight small craft, plus variants. Print version can be found here.

Need something for one of those ‘close encounters’ on an alien world? Then you have a choice with Gunlocker, which includes the guns from Hostile, Marine Corps Handbook, Dirtside and more than twenty other weapons for keeping nasties at bay. Print format can be purchased here.

Now we have the weapons, what about the other ’tech’ of the Hostile universe? Hostile describes a retro-style level of technology, where CRT’s grace computers still and keyboards still have physical buttons instead of touch screens. Not just a list of equipment, but also discussions on what is possible and whether equipment will work in a certain environment. Lulu.com sell the print version.

A sort of round up of equipment already published in the Hostile setting rule book, Marine Corps Handbook 2215, Dirtside and Zaibatsu. Also available from Lulu.com in print format.

An adventure set on a desert world, where the players have to retrieve a missing hyperspace probe. Unfortunately (as you would expect) this won’t be an easy task as there is something else that wants the probe… Hot Zone was reviewed in February 2020 which can be found via this link, Lulu.com also sell a print version.

For those ‘bug hunts’, you need to send in the marines; the book details how the referee can run a full squad of marines in a manageable manner, marine history, roles, organisation and finally character creation. Available from Lulu.com in print format. 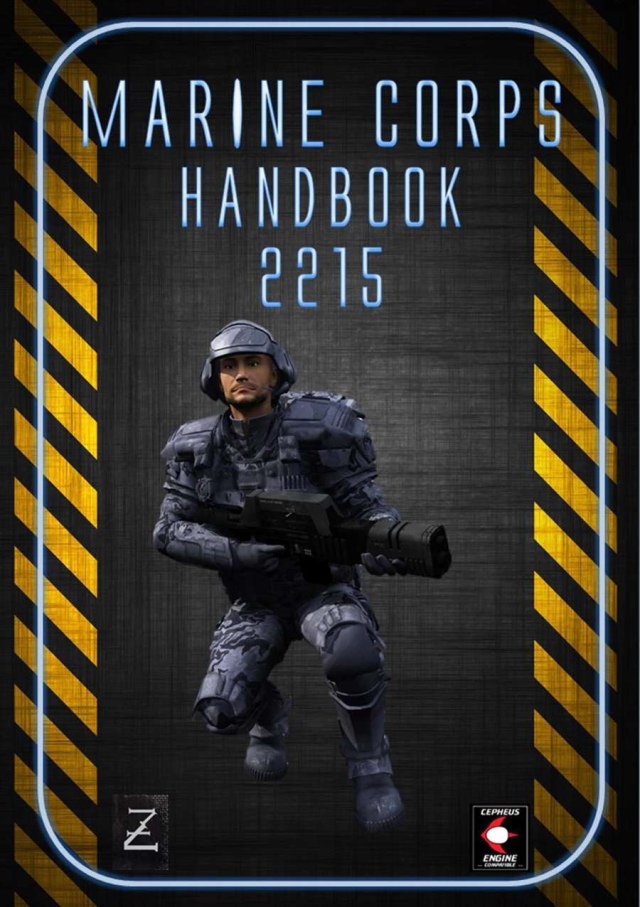 This is a complete 600 ton space station and operations platform, described with deckplans and an adventure. The print version is also available from Lulu.com.

Miners and exploration teams are a hardy bunch, looking for and finding new riches out in inhospitable space. Similar to Crew Expendable, the book looks at how players can take the part of prospectors along with the Leopold-class 400 ton drilling rig. Dead tree version is available from (yes you guessed it) Lulu.com.

Clones and the various types of artificial humans are detailed in this supplement, which also includes the ‘Zeds’ and Androids. Finally, the print version is also available here.

So if you are thinking of taking the plunge into the Hostile universe, with a 30% discount currently on offer, now is as good as time as any to pick up some of the books.

Other Publisher Discounts and Cepheus Journal

I would also like to mention that Stellagama Publishing are offering a discount of 30% off their products until the 3rd of January.

Independence Games are offering 30% off their products through the webstore until the 28th of December, so you’ll have to move quick to take advantage of the discount.

Finally, the latest issue of the Cepheus Journal has been published, which can now be found over on the downloads section of the website.

This issue includes articles about some of the near stars to Sol, rules for Sword of Cepheus and Modern War and three different alien races.