Posted on February 2, 2020 by AlegisDownport

As today is the 2nd of February 2020 (02/02/2020) I wanted to mark ‘Palindrome Day’ with a mention of it as its an event that wont happen again for a good few years (at least in our lifetimes). For those that don’t know what a palindrome is, its a word, phrase or sequence that can be read forwards as well as backwards. So whether you use European, US or ISO date formats, it can be read either way: 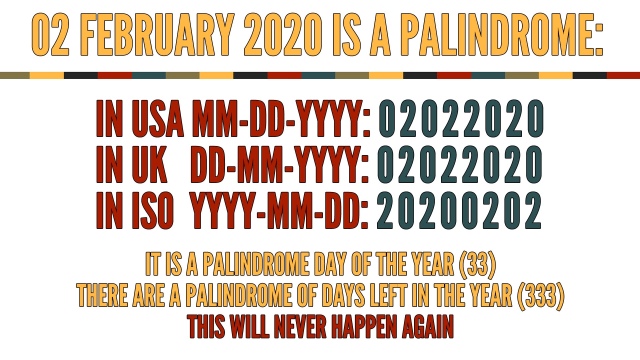 So to mark this significant day (though there is no connection between todays date and the review whatsoever), I’ve got a short review of ‘Hot Zone’ which is published by Zozer Games. I picked up the print book version from Lulu.com last year but never got opportunity to read or review it properly until now. I came across it first on Lulu.com (priced at the moment at $6.64) and from the purchase, got the PDF for free by sending proof or purchase to the author, Paul Elliott. However you can also pick up a copy from Drivethru RPG for $1.99. 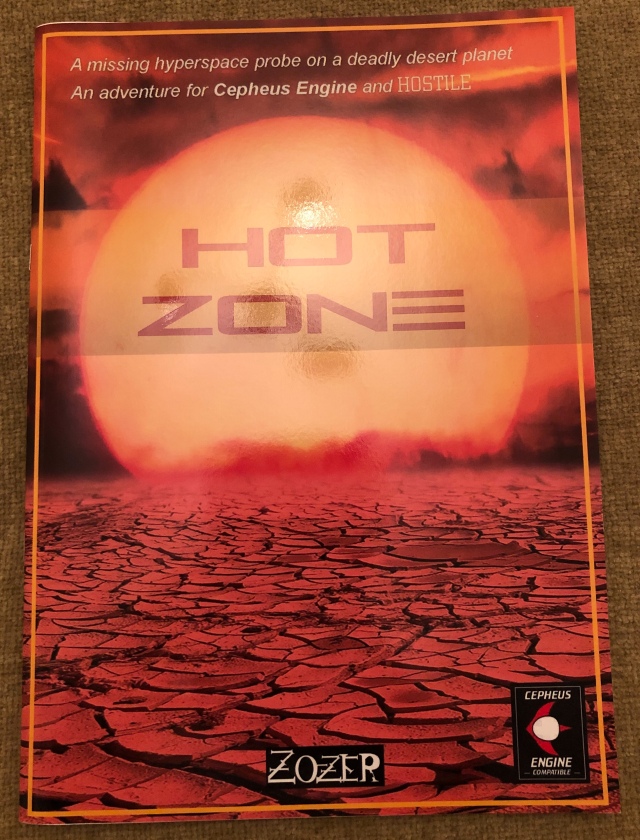 The book is 27 pages in length and though its set in Zozer Games’s ‘Hostile’ ATU universe, it could fit in with a little bit of rework to any Cepheus Engine compatible game rules or background. The scenario theme is a recovery mission; the players are the crew of a 400 ton towing vessel who have been tasked to jump to the Gliese 9028 system to recover important data from an unmanned exploration probe which has crashed on one of the planets in the system (LS809). The probe’s hard drive needs to be extracted as it contains valuable navigation data from the systems it has recently travelled to. This isn’t as easy as it sounds as LS809 is a pretty barren, dusty and mountainous world with surface temperatures of 40 degrees plus. I’m not going to go into too much detail regarding the scenario as I don’t want to spoil the outcome, however I’ll detail as much about the book’s layout and content as I can.

The book is structured with the first seven pages with an overall summary of the scenario for the referee and description of the Gliese 9028 system. You get some background info about the crashed probe and an illustration of the players ship, the USCS Outlander though there are no game stats for the spacecraft. The book has plenty of monochrome and colour illustrations with a nice layout that makes the book attractive to read but doesn’t impact on the speed of loading of each page on a tablet device.

The author has structured the mission details in such as way that the players need to complete certain tasks in a certain order before they can advance. These tasks are entirely logical and part of what they would need to do anyway arriving at the planet. Upon arrival, the players will have a number of hazards to overcome whilst exploring LS809 and trying to locate the probe. You have some rules and guidance for the players in how to traverse the planet so they’ll have to plan and work hard to reach their objective.

The key problem to the players completing their mission has an interesting twist and will pose them a challenge to overcome. Once they have obtained the data, the referee can introduce an additional factor which could extend the game; however this is entirely optional.

The scenario and the writing style is nicely structured and there is plenty of detail on the things that the players have to deal with, interspersed with illustrations. I can see this scenario being completed in an evenings play (two at most if the extended secrion is used) with say four to five players. 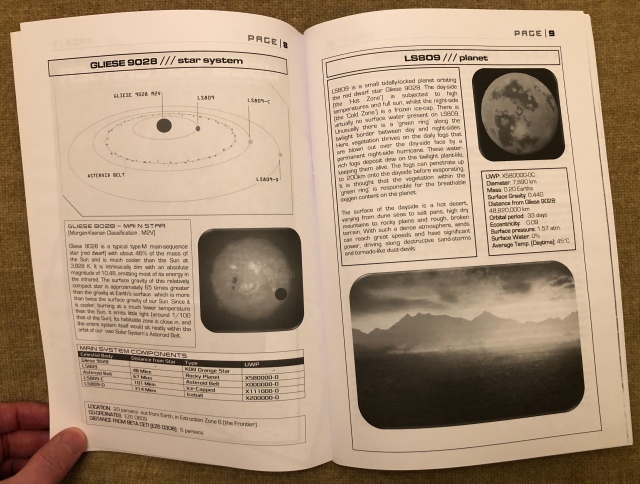 The print book version has a colour cover and back and is monochrome throughout the book, printed in an A4-ish size.

Hot Zone is a bargain at $1.99 for the PDF and is worth looking at the print book version as well; definitely recommended for your next 2D6 SFRPG game.