Sticking with my Fantasy/Traveller conversion and walkthrough on the planet ‘Grond’, I’m going to run through a couple of encounters to see how Magroc and Tayllin get on and what conclusions I can draw from the results.

In the previous posting, the two adventurers were approaching room number ‘1’ in the Dungeon of the Black Star. After some checks, they fail to find anything from the entrance, so they enter the room. However, a Tunnel-Serpent has been hiding in the room (undetectable from where the adventurers performed their checks) so I’ll roll for surprise. No one achieves this, so I’ll throw the two sides into combat, using the normal Traveller rules. A roll for the serpent’s attack roll (A3) is made by rolling a 7.

Description
The Tunnel Serpent is very similar to the giant snake typically found frequenting dungeons, but much more agile. Its internal bone structure is made up of two ‘backbones’ that makes it very fast and maneuverable when moving. It has a very powerful mouth that can sink its teeth into prey and hold its grip.

Damage Resolution
Magroc achieves 9 hits against the tunnel serpent, leaving 3 remaining. The serpent rolls a maximum number of hits on Magroc, so points come off his STR of 14.

Second Combat Round
Magroc rolls 12 (including DM’s), but because he now has a weakened attack, I’m applying a -3 DM, so his hit still strikes with a 9.
Tayllin rolls a modified 8 and hits for the first time.
The Serpent decides to attack Tayllin this time and rolls a modified 12 and sinks its teeth into Tayllin.

Creature Toughness
The 12 wounds that the Serpent can apply in one attack seems excessive. In order to bring it more in line with the general principle of D&D / T&T where combats can go on a bit longer and are more evenly matched, the number of wounds it can inflict in one go needs to be lower. I’d suggest the number of wounds should be 4 or a maximum of 6, even for the really tough creatures.

Recovery and Wandering Monsters
According to Book 1, full recovery can only be gained with 3 days rest or with attention from someone with Medical-1 skill and a medical kit, otherwise Strength remains below normal level. I’m going to have to approach this with another solution, as in other games it is possible to recover full hit points after a reasonable amount of time. Traveller is more realistic in my opinion, but makes for progress in a dungeon crawl a lot harder due to the extended time to recover and limitations when a character is no longer unconscious.

Another Observation
Do I apply a modifier for fighting in tunnels/dungeons? In the Traveller rulebook, there is a modifier for fighting inside caves and dwellings, carrying a -5 DM. I haven’t applied the modifier in this example, as there isn’t a similar modifier in D&D / T&T. If I were to apply the DM, would it then become a permanent modifier, applied to all Traveller adventures in dungeons? My gut reaction is to leave it out, but I’m happy to receive comments! 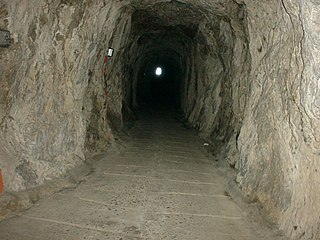 Magroc and Tayllin have recovered and decide to move out from room ‘1’, down the tunnel to room ‘2’. They decide to approach the entrance to room ‘2’ with caution, as any good adventurer should. The door is open, spy two underlings sat at a desk, playing a dice game. Our heroes decide to rush the creatures, so I’ll roll for surprise, which unfortunately they don’t achieve (Tayllin stumbles whilst rushing into the room).

Description
Underlings are a semi-humanoid creature not unlike a cross between Goblins and Orcs. They are bow-legged, roughly five feet in height. They have pale skin, with a greenish tinge and large canine teeth and sharp claws. They find it difficult to be out in daylight and can be found frequenting dungeons and the underground.

Each underling takes on an adventurer each;

First Combat Round
Underling #1 is fighting Magroc.
Magroc rolls and hits with a 13. The underling rolls and even with a DM, only gets a 7, so he misses his opponent.

Underling #2 is fighting Tayllin.
Tayllin rolls and just hits the underling with an 8. The underling easily rolls and hits Tayllin with an 11.

Second Combat Round
Magroc joins the fight with Tayllin as his opponent is now incapacitated.
The barbarian rolls a 12 and hits with a well-placed strike, Tayllin also hits with a 13. The underling decides to inflict its strike against Tayllin and only just hits with a modified 8.

Damage Resolution
Magroc applies 7 hits, Tayllin deals out 6 hits. However, before it expires, Underling #2 dishes out 4 hits to Tayllin.

Result is that the combined 13 hits overwhelm Underling #2’s remaining 4/5 hits and is killed. Tayllin falls unconscious with a STR now dropping down to 0.

Conclusion
For a ‘1st level’ fight, this felt about right. The underlings were able to present enough of a challenge to the characters but the PCs were able to defeat them in a fair fight. I would however be ‘concerned’ at a level of overkill if the dungeon creatures were hugely more powerful. I think missile weapons would be needed to be used against the dungeon creature, in order to even up the fight.

Overall Conclusion
Traveller Fantasy combat can be pretty deadly, over-powerful creatures can soon squash a small adventuring party that are using hand weapons, rather than the selection of guns and high technology weaponry available for characters in the Traveller futuristic environment. However, if the opponents are pitched right, then reasonable combats can be enacted out.

In my next posting, I’ll be looking at the dungeon combat modifier and how it could affect combat, a potential solution to the healing issue and wandering monsters.